Parent company of the Foxy brand, the Nunes Company announced that Tom M. Nunes, known as "T5," is leading the family-run business. 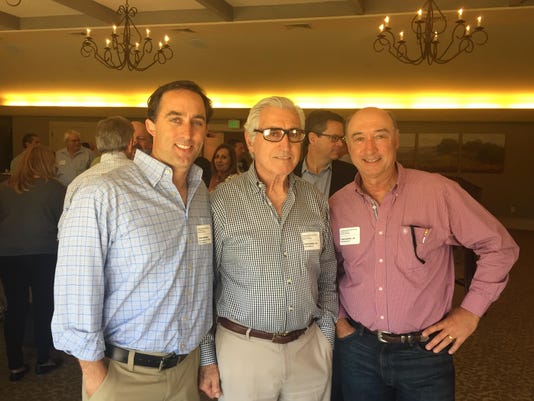 One of the Salinas Valley's largest growers has new leadership with its fourth generation of family-run business.

At 41 years old, Tom M. Nunes – known as "T5" to distinguish him from previous generations of family members who have led the Nunes Company since its 1976 founding – has been elected president of the Foxy brand parent company.

"I grew up around the business. I grew up around a lot of family, a lot of great mentors, both men and women, that have been involved with the business obviously for the last 42 years," he said. "A part of me always believed that I wanted to be a part of that group and that organization."

He takes over from his father Tom Nunes Jr., or "T4," who has led the Nunes Company since 2006. T4 will move to the position of executive vice president, the company announced.

Since the 1930s, the Nunes family has been growing produce in the Salinas Valley and has expanded across the state as well as Arizona and Nevada.

Originally from the Azores Islands in Portugal, the Nunes family started on their ranch near Chualar. 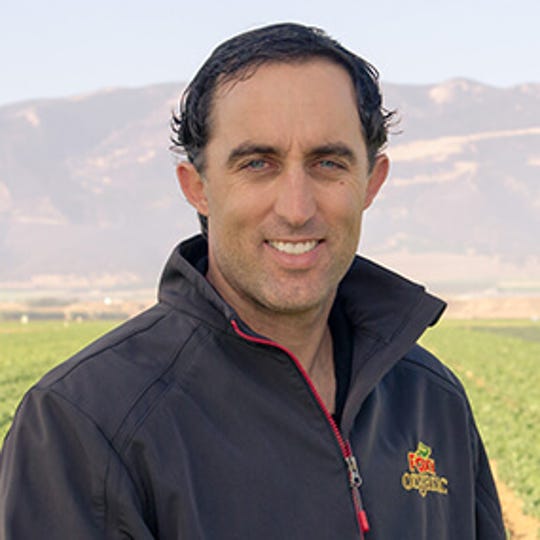 The Foxy brand emerged when brothers Bob and Tom Nunes, Sr. formed the Nunes Company in 1976, a year before T5 was born. The two brothers have been in the industry for over 60 years, though.

Headquartered in Salinas, the family company, with four generations of farmers, is one of the nation's largest grower-shippers of organic and conventional produce, providing everything from asparagus to sweet baby broccoli.

“I’ve had the pleasure of watching our children grow the business and look forward to watching my grandson in his new role as President of The Nunes Company," said Tom Nunes, Sr., known as "T3," in a prepared statement. "He’s a true leader in this industry and represents our families’ core values."

An alum of Palma School in Salinas, T5 began working for the company after graduating from Cornell University with a major in business finance over 20 years ago. Initially, he started at the Yuma, Ariz. operations, working through different areas of the Nunes Company.

“He has experience in all aspects of our organization including production, cooling, shipping, sales, and marketing," Bob Nunes, Sr., co-founder of the company, said in a prepared statement. "Most importantly, he has a passion and insatiable curiosity about our business, and constantly seeks to build on his knowledge and leadership."

Since his upbringing, T5 said the local industry has changed in addition to shifts in labor, technology and regulatory compliance in California. 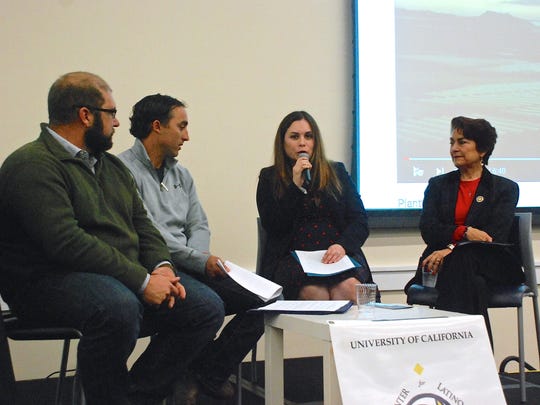 Carina Chavez, center, who works in the office of Congressman Jimmy Panetta, speaks during a panel discussion Friday at the National Steinbeck Center. With her are Brian Antle, left, of Tanimura & Antle, Tom Nunes of the Nunes Company, and, right, State Assemblywoman Anna Caballero. (Foto: Tom Leyde/For the Californian)

The pressure of doing business in California, T5 added, also forces companies like his to compete with areas that can produce more cheaply.

"The one constant I've seen in this industry is change, and there's been a lot of it," he said.

He also looks to promote the Nunes Company's brand and help tell its story, including efforts on groundwater sustainability and the environment, farmworker housing, hourly wages and technology as well as food security.

"A lot of those great minds and a lot of those dynamic people have really incubated out of our area," he said. "We've got to continue to advance our industry forward. But at the same time, I think it's really important that we give credit to a lot of strong people before my time."

"Nothing's easy about this industry, so keep things in perspective," he said, "and just continue to put one foot in front of the other and find a path."